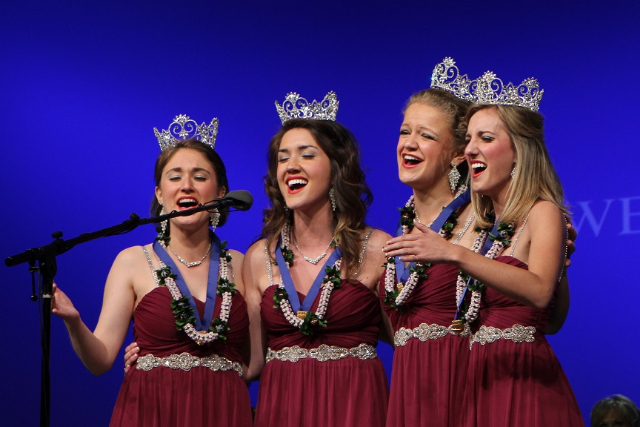 Since then, the group has competed at the adult level through Sweet Adelines and were named the 2009 Regional Champions for Pacific Shores Region 12. The quartet appeared on the adult international stage for the first time in Nashville, 2009--now going by the more age appropriate name LoveNotes--and placed 13th. LoveNotes then placed 4th in Seattle in 2010 and 5th in Houston, 2011.  LoveNotes became Queens of Harmony (Champions) at the 2013 Sweet Adelines International Quartet Competition in Honolulu, HI!

With their youthful energy, LoveNotes has been entertaining audiences all over the world!

A sample of our songs: No, No Norman, My Foolish Heart, Angry/Bill Bailey Medley, More Than You Know, And So It Goes, I've Got You Under My Skin, Bohemian Rhapsody, Wicked Medley, Time To Say Goodbye, Phantom of the Opera Medley, and more...